I am struggling with the convergence of the solvers for my economic NMPC problem.

The problem itself I will say is a bit special formulated but it is reasonable to do so. Also, there is already literature available where similar approaches are done but mostly solved with dynamic programming.

I attached a runnable example and also a detailed description of my OCP formulation at this link: 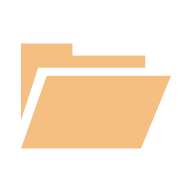 The short summary of my OCP is:

The example contains also a runable .m file for Matlab and windows. In this example the weired convergence behaviour is shown. I have tried a lot of different solver setting but it is still worst for every setting.

Especially with the SQP_RTI solver I get some strange behaviour. Maybe it is a bug? The solver returns 0 (success) but if I look at the state evolution, the fourth state (time) is negativ which is impossible for only positive speeds.

Nevertheless, In the attached example the initial state is inside the bounds so in general the OCP should be feasible.

But, to be honest, after all different settings and configurations I tried I didn’t managed my problem to converge and I have really no idea why.

It would be a pleasure for me if someone would spend some time to take a closer look to my example.

Thanks a lot in advance.

I just had a brief look and ran your code.

I suggest you start from something simpler.

Did you try to initialize the solver with a feasible solution?
Did you try to remove constraints?
Did you try the acados integrator separately and check if it works as you expect?
I saw you have some splines in the dynamics.

I don’t think that the economic cost term is the only/main issue. Because it also didn’t work when only using the quadratic term.

thanks for your answer.

I just made a few steps back to a simpler problem trying to figure out what goes wrong.

Steps I made so far are:

What I now figured out is:

the solver returns also zero (success) with all the prediction steps being NaN. This can be fixed by using a higher initialization value for x_traj_init but then the prediction is wrong.

Also using stabilizing terminal constraints do not solve this.

I attached it as a runnable example and hope your have the time to check this. Maybe this is some solver issue? 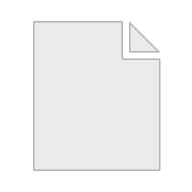 Again, thanks a lot for your quick response and help!

I saw that you do full condensing, there can be some problem with the conditioning.
Changing to no condensing, i.e.

made it work for me.